"A volunteer company since its organization, the Citizens Fire Company has by hard work of its faithful members, built up on of the best fire fighting organizations in this section of the state. Its members receive no compensation for their efforts and they welcome donations from the public at large to help them pay for, maintain and keep in condition their splendid fire fighting equipment."

Today, Citizens Fire Company continues its service to the citizens of Charles Town and outlying communities of Jefferson County. The members of the company continue to uphold its volunteer tradition and serve with professionalism and pride. The company is made up of administrative and fire fighting members, both male and female, and those young and old. Everyone has something to offer! We have approximately 50 active members and average approximately 1300 calls for service a year.

The company currently houses one ladder truck, one engine, one rescue engine, a brush truck, two ambulances, a utility and one duty vehicle. Originally located on North West Street in Charles Town, the fire company relocated to its current location on Citizens Way in 2001. We are a growing department and encourage all of those who are interested in becoming a part of their community, who would be interested in volunteering their time, to contact us for an application.

We host many events throughout the year and we hope to see you all there! 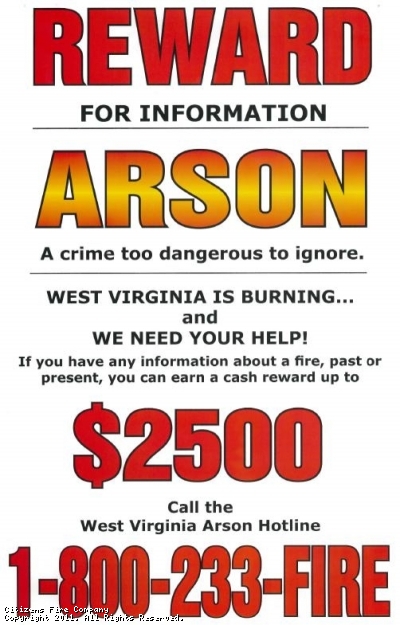 If you are conducting a controlled burn anywhere in Jefferson County, you must first contact the Jefferson County Communications Center at 304-725-8484 to obtain the current burning regulations and to register the address where you will be burning.

To order a Knox Box for your location or to learn more, please click the picture above.

This site has been viewed 395,182 times.
Apparatus
Maintained by the members and staff of Citizens Fire Company. Designated trademarks and brands are the property of their respective owners. Copyright © 2006-2021. YourFirstDue Inc. All Rights Reserved. Content on this web site is supplied by Citizens Fire Company. YourFirstDue Inc. cannot be held responsible or liable for any content, text, pictures, or any other media found on this web site.
Management login
Powered by